skip to main | skip to sidebar

So Much to Say… 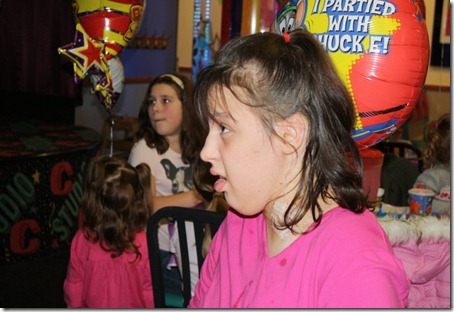 I could say that I haven’t written since November because life has been super busy and that wouldn’t be a lie.  However, if I want to be perfectly honest, I haven’t written because when it comes to Taylor, I just haven’t a lot of good news.

Christmas was hectic because we decided to do this to our house this year.  It was great fun and next year will be even bigger.  Business has been non-stop since August which is the reason we could afford to decorate our house that way.

Taylor had to have another VNS surgery a couple of weeks ago.  At her pre-op appointment, we found out that Taylor only had 1 working vocal chord.  Okay, since we could still hear her sweet voice, it was okay.  The surgeon was worried because of the 2 incisions she had to have, 1 was in her neck and they had to thread new wires in-between her jugular vein and her carotid artery.  Apparently very tricky stuff that required 2 surgeons.

Taylor seemed to come through the surgery better then they thought.  We had planned to spend the night, but they let her come home.  However, her voice is gone.  What you get when she talks is a hoarse whisper.  No more cute Taylor voice.  Her surgeon seems very concerned.

It’s not like Taylor actually talked “real” words but she had a voice.  Now she doesn’t.  I kept trying to tell myself it’s okay because she came through the surgery when they were scared she wouldn’t.  But I think I’m in denial.

I don’t want to only hear this hoarse whisper from now on.  I want her voice back.  We asked if her voice would get better, but it seems the odds are not in our favor.  Furthermore, there could be a breathing issue down the road.

I would probably still not have written here tonight but The Bossman told me I needed to and as usual, he was right.  I can’t keep my head in the sand forever.  I need to just let it go and move on.  At least, right now, she’s home and happy.  That is what’s important…right? 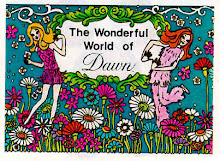 Dawn
Lebanon, Oregon, United States
I am the mother of a daughter with Trisomy 9p & Lennox-Gastaut seizure disorder. There is a lot to deal with when you have a special needs child & I thought it would be a good idea to share my travels here.

Click the pic to read about 2 of my grandkids 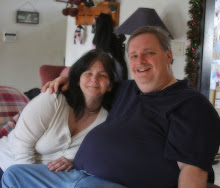 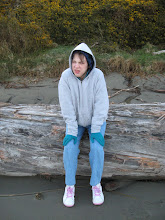